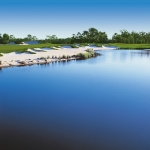 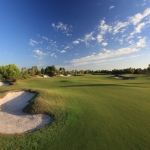 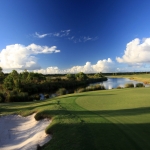 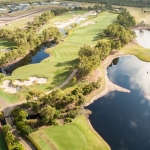 With 25 years’ experience, fifty courses internationally, and a reputation for crafting exciting and visually spectacular courses, Ross Watson has few peers. Those in the know agree that if you want to simultaneously challenge the champion and mesmerize the social player, then Ross Watson is the man for the job. Ross is admired for his work on Palm Meadows, Robina Woods and Royal Sydney.

All the key characteristics of a world-class course have been incorporated: a great layout that tracks the terrain naturally, challenging design and memorable holes, framed by beautiful landscaping which emulates the unique coastal forest environment on Bribie Island.

“A links is the oldest style of golf course, first developed in Scotland. A Links is any rough grassy area between the sea and the land and the word itself is derived from the Scottish word ‘hlinc’, of about 931 AD, meaning a ridge. True links soil is sandy and because of the lack of its moisture, the grass tends to have short blades with long roots. The grass in the rough is often wispy long grass which makes play very difficult even in a good lie. Links courses drain well and provide a very firm golfing surface all year round, and are thus the preferred choice of most good golfers. Early golf developed on links land. In time the golf links were cultivated and the sand and burns (small rivers) that crossed the links were shaped into the hazards that they are today.

Because there were no mechanical grass cutters before the mid-nineteenth century, golf was played in winter when the grass was naturally short by animal grazing. The links area on the east coast was accessible to the golfers of the time and coincides with the area of minimal rainfall in Scotland. With its better drainage, links land is therefore more suitable for winter play and was less damaging to the early leather stitched golf balls that were used.”